What is BDNF (brain-derived neurotrophic factor)?

BDNF is a neurotrophin, which means that it is a signaling protein that promotes neuronal growth, neurotransmitter release, and synaptic function.[ref]

Your brain has billions of neurons, which send signals via electrical impulses along axons or by releasing chemical signals via synapses. Our brains are continually making new connections and getting rid of old, non-useful connections. 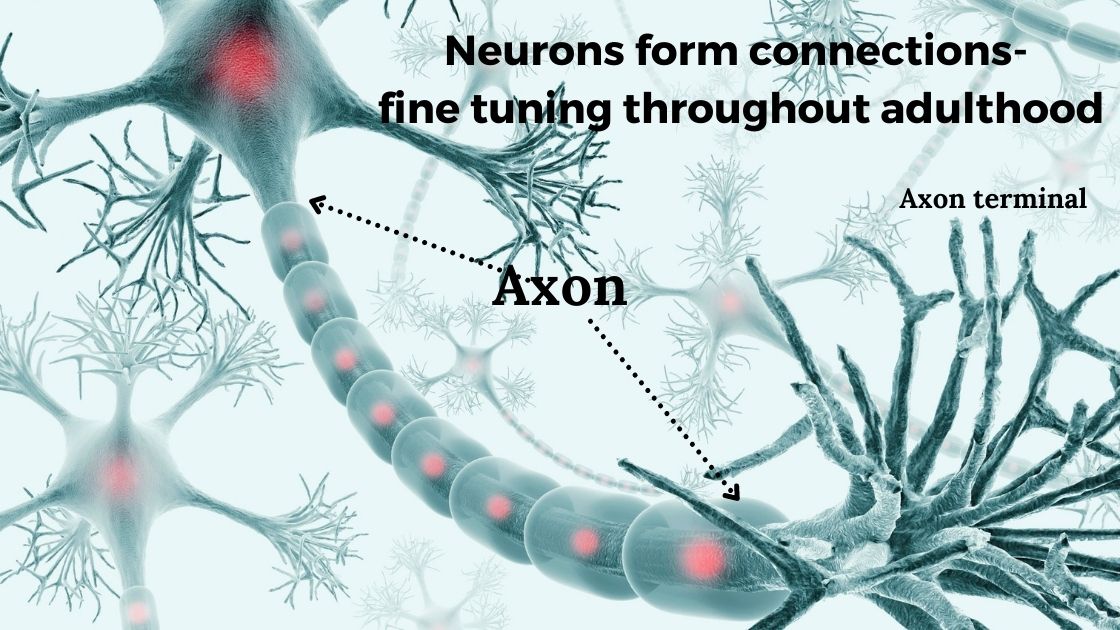 This forming of new connections and paring down unused connections is part of neuronal plasticity.[ref]

BDNF is important in neuronal plasticity — both in neurogenesis (formation of new neurons) and in eliminating inactive neurons.[ref]

Going deeper into the science here…

BDNF initially forms as a precursor called proBDNF. It then modifies into a mature form (mBDNF) or left as the unprocessed proBDNF and transported and released.

The two different forms of BDNF, mBDNF or proBDNF, do pretty much opposite functions:

It’s pretty cool how one molecule, BDNF, can do two different functions depending on post-translational modifications.

If you are wondering what causes proBDNF to become mBDNF, it is a proteolytic enzyme called plasmin. This is the same enzyme that degrades fibrin in blood clots. Blocking fibrin with α2-antiplasmin can change the amount of formed mBDFN. While mBDFN is vital for memory processes, blocking the conversion of proBDNF to mBDNF prevents ‘social defeat’ and social avoidance (animal study).[ref]

BDNF is encoded by a gene of the same name. People have different BDNF genetic variants that can make them more or less likely to have low BDNF levels.

The main variant, known as the Val66Met variant, significantly decreases BDNF levels. You can check it in your genetic raw data.

Members:Log in and select your data file Not a member? Join now.

Research on the benefits of boosting BDNF?

Preventing dementia:
One sad fact of life is that there are currently no real treatments for Alzheimer’s and other forms of dementia. Therefore, prevention is the only real option. Low BDNF is found in people with cognitive impairment in aging and in Alzheimer’s disease. BDNF is thought to play a protective role in preventing neurodegeneration.[ref][ref]

Depression and BDNF:
While BDNF isn’t like an instantaneous happy pill, increasing BDNF can help people diagnosed with mood disorders. For some people, research shows that low BDNF is a contributing factor for depression and anxiety disorders. Thus, increasing BDNF is a viable treatment approach for some depression, bipolar, or anxiety patients.[ref][ref][ref] In fact, a couple of antidepressant medications do increase BDNF.[ref]

What are the best supplements for increasing BDNF levels?

The rest of this article is for Genetic Lifehacks members only.  Consider joining today to see five more supplements, lifestyle changes, and epigenetics information.

Lifestyle factors, aging, and genetics can all affect your BDNF levels.  But keeping BDNF at an optimal level is necessary both for your current mental health and for preventing cognitive decline in aging.

If you are concerned about BDNF, make a plan to incorporate several of the options above. For example, include both lifestyle changes – reducing sugar, getting out in the sun – and a supplement to boost low BDNF.

The Interaction Between BDNF and Serotonin
A brain imaging study recently showed that the combination of a BDNF genetic variant plus a serotonin receptor variant literally changes the brain. Instead of just looking at a single genetic variant, this article digs into how the combination of these two variants interact to increase the risk of depression, anxiety, and bipolar disorder.

Hacking BDNF for weight loss
Brain-derived neurotrophic factor (BDNF) is a fascinating growth hormone that performs many functions in our brain. Its involvement helps to support neurons and neuronal growth. In addition, it plays a role in long-term memory — and it also is important in obesity.